Your Carbon Footprint: The Fundamentals

What does ‘Carbon Footprint’ really mean?

A “carbon footprint” is a statistic that represents the amount of greenhouse gas created by a person’s or household’s daily activities, both directly and indirectly. Because CO2 is the most frequent greenhouse gas produced by human activities, this number is given in tons of CO2. Other gasses, such as methane, are included in your carbon footprint by converting them to the quantity of CO2 that corresponds to their global warming potential.

Grasping this concept is an excellent starting point for living more sustainably. According to the Global Footprint Network, the more effort everyone puts into reducing their daily impact, the more we can achieve sustainability. This article serves as a beginners’ guide to help you understand more about what a footprint is and how it affects your daily life.

How Do You Calculate Your Own Footprint?

Your own footprint is computed by combining together a variety of elements relevant to your lifestyle. From here, a carbon calculator estimates your daily impact. There are a variety of tools available, but they all ask questions about your daily activities. This way, they can estimate how many greenhouse gasses you emit, particularly carbon dioxide.

Although this appears to be an easy task, determining a footprint can be a difficult task. You can’t merely look at the gas or electricity needed to cook your normal meals to see how much they contribute to your footprint. You must consider the resources used to grow all of the components, the energy used to manufacture and package them, and the gasoline used to carry them to the supermarket and your kitchen.

To make the process easier, researchers have split down the country’s overall carbon emissions into many “sectors,” including agricultural, livestock raising, several forms of industries, and transportation. After that, they calculated how much carbon each sector is liable for. These totals are used by online carbon footprint calculators to compute your footprint. 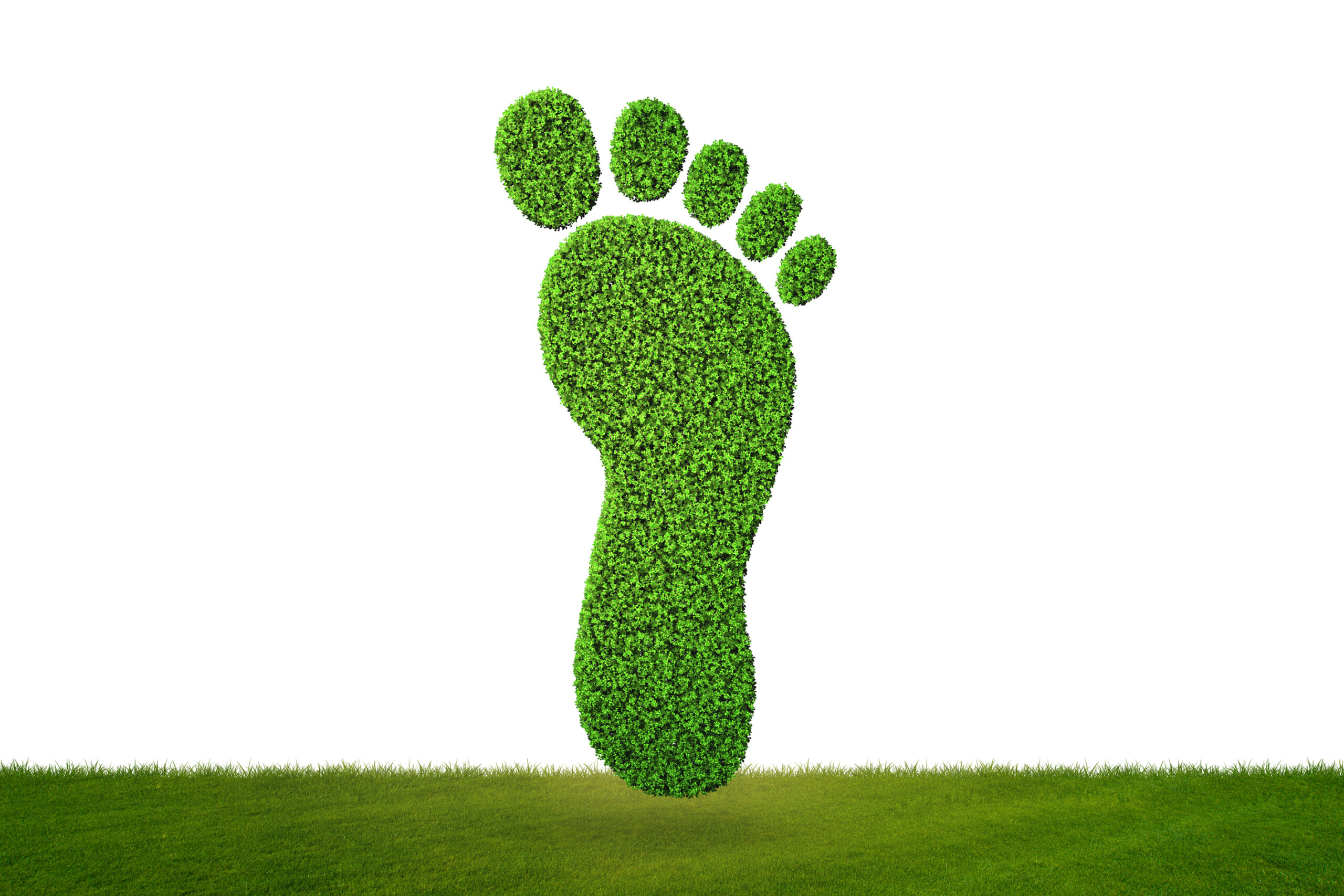 What Factors Influence Your Own Footprint?

How often do you get behind the wheel of your car? The use of personal transport vehicles is the single largest contributor to the ordinary citizen’s carbon footprint. We can lessen our environmental effect by driving less. Take public transportation, carpool, bike, or walk.

Services are the second-largest contribution to carbon footprints in the United States. They include residential electricity, gas, and other fuels. Americans can help to alleviate this by adopting renewable energy to power their houses, consuming less electricity, and improving the energy efficiency of their equipment.

Meat consumption produces the most amount of carbon emissions among the foods we eat. This is readily remedied by eliminating meat from your diet or reducing it to once or twice a week. “Healthy lifestyle improvements like walking, biking, and eating less meat are especially crucial because the hospital and outpatient services are the third largest contribution to America’s carbon footprint.” David Lin, Global Footprint Network.

Other Significant Contributors to Your Carbon Footprint

These are other questions to ask yourself. If your answer is affirmative and on the higher side of things, you have a higher carbon footprint:

What Impact Does a Footprint Have In Real Life?

What’s the practical point of your carbon footprint? — It exists to remind us that everything we eat, do, or use requires energy to manufacture, ship, and operate. Everything you eat, from the ingredients in your meals to the gas you drive to work, requires resources, some of which aren’t renewable, so we should use them wisely.

The concept of a carbon footprint also shows us the connection between our daily choices and the health of our environment. Understanding that relationship is especially crucial now that we’re witnessing more destructive storms, floods, and wildfires. Knowing your carbon footprint, however, is not meant to make you have sleepless nights. Rather, it is intended to assist you in making changes that will have the greatest impact on your contribution to greenhouse gas emissions. 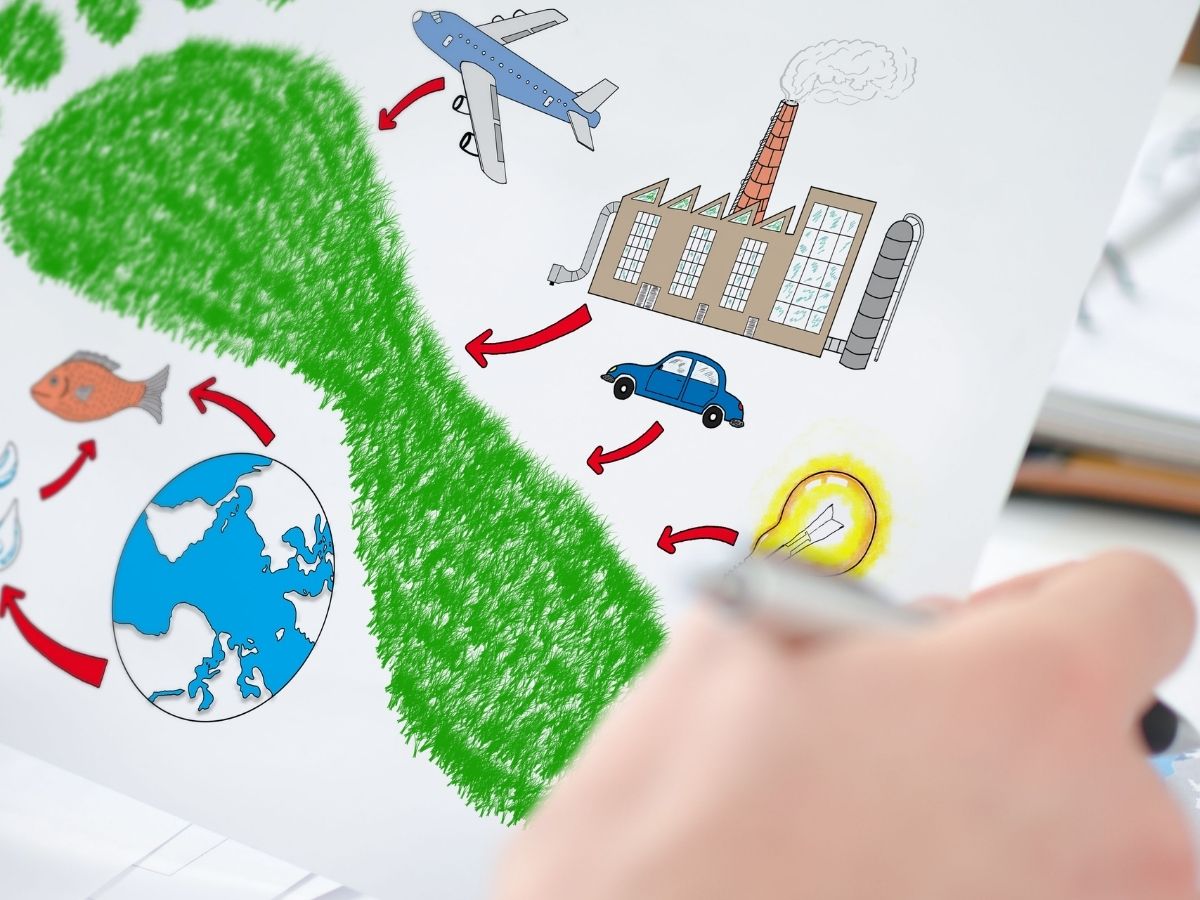 What Is the Carbon Footprint of the Average American?

In 2008, students at the University of Michigan studied the average footprints of Americans with various lifestyles to come up with a more shocking figure. They discovered that even the smallest carbon footprints in the United States were twice as large as the worldwide average.

Our enormous carbon footprints are especially concerning when it comes to our planet’s biocapacity. “Biocapacity” refers to an ecosystem’s ability to offer all of a population’s resources and absorb its wastes, taking into consideration the available management practices and technology at the time.

Earth’s biocapacity, lies at 1.7 global hectares per person. This means that each human being is given 1.7 gha to live within the confines of our one planet’s resources. Wait for it…

At the moment, humanity’s ecological footprint is overshooting—on average, we’re using 2.8 gha per person. This is over 70% more than the amount of biocapacity accessible to each person. However, the average carbon footprint of Americans exceeds the available biocapacity by 3.5 times! Quite astounding, to say the least.

David Lin, Global Footprint Network advises that everyone aims to reduce their carbon footprint to as close to the global average of 1.7 GHA as possible. A perfect carbon footprint would enable us to live within the constraints of our one planet. However, the ideal situation would be to go lower than the recommended 1.7 GHA.

Knowledge is power. Right now, you have everything you need to strive toward a better environment. Simply calculate your carbon footprint and take the necessary steps to improve the situation.

Best of all, you’ll enjoy a cleaner, green environment!

With all the above information, we hope you have a better understanding of what a carbon footprint is and the different ways to reduce your own carbon footprint. KC Dumpster is here to help! We provide Kansas City’s top-rated dumpster rentals, and we deliver the dumpster to the right location, at the right time. Then, we haul your trash away when you’re finished with your home renovation, construction project, or any other activities that accumulate trash and debris.